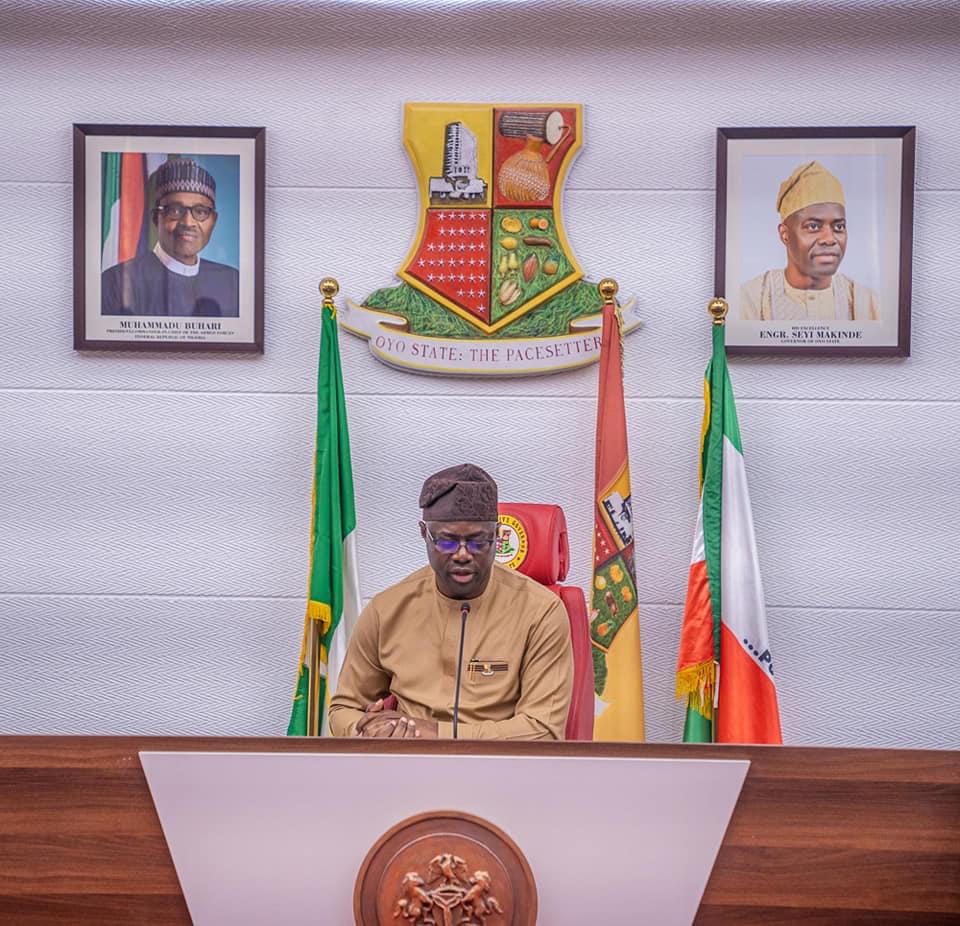 Oyo State Governor, ‘Seyi Makinde, has expressed the plans of his administration to replicate the construction of the Federal Government’s SMART School Initiative in each of the three senatorial districts of the state.

The governor, who stated this while receiving a delegation of the Universal Basic Education Commission (UBEC) in his office, said that his government was set to enhance the quality of teaching, learning and the use of Information Communication Technology (ICT).

The team was led to the Governor’s Office by the Permanent Secretary, Federal Ministry of Education, Arch. Sonny Echono.
Governor Makinde commended UBEC for its support efforts in uplifting the basic education and Better Education Service Delivery for All (BESDA) initiative as well as plans to eliminate out-of-school syndrome in the State.

He said: “I want to welcome this delegation to Oyo State and will like to thank you for your support to our state at the basic education level and even at the BESDA level.
“Ibadan, actually, used to be ahead of the education capital of not just Nigeria but the whole continent; but we lost all of that along the line. “Suddenly, we had the most out-of-school children in the entire South West and that was the situation we were in when we came in.
“When we came in, I met Dr. Bobboyi in Abuja and when I saw the design of those smart schools, I assured that we are going to replicate it in Oyo State and said we will have, in each of our Senatorial District, such school for our gifted and talented children. It is a work in progress and we will get there.
“When I was going round during the electioneering, the people told me not to tell them about what the previous administration did not do but what exactly I wanted to do for them.
“So, we developed the Roadmap for Accelerated Development of Oyo State and we put it on four major pillars and Education is one of them.”

The governor equally explained that as part of the fulfilment of the promise made to UBEC, his administration has not only met the recommendation of UNESCO for education but surpassed it in the 2021 budget.
“One of the things that I can remember I promised the UBEC team in the early days of this administration is that we will meet the UNESCO recommendation in terms of the percentage of our budget to the education, and I am happy to report that, for 2021 budget, we have not only met the recommendation but have actually surpassed it.
“I also want to use this opportunity to specially thank the Oyo UBEC Coordinator. Each time we have gone out to commission UBEC/SUBEB projects, she is always there with us. She has been of tremendous to support to Oyo SUBEB.”
While speaking on BESDA in Oyo State, Governor Makinde, promised that his administration will align with UBEC on BESDA fund.

“Finally, this is for us an example of how the state, the sub-national government can collaborate with the FG to ensure the programmes and policies actually get the desired results at the local level. We will ensure that we do that effectively and this is an opportunity to demonstrate that.”

Earlier, the Permanent Secretary, Federal Ministry of Education, Arch. Echono, appreciated the Oyo State Government in the implementation of the zonal headquarters project that is on-going in the state, adding that the visit was meant to assess and inspect the on-going project of the model smart school in the state.

He explained that Oyo State is the only state in the South West that was chosen to benefit from the project due to its history, size, importance, and role in the scheme of things in this country.

According to him, “We are grateful for your support and that of your government in the implementation of the zonal headquarters project. The project is on-going and it is part of the reasons we are here.

“We also think the first step in the process is to come to pay a courtesy visit to you in your office and carry out some assessment on the on-going projects and have a discussion with your officials in the implementation of the programme.

“While we are here, we will be able to inspect the model smart school programme in Oyo State. As indicated earlier, Oyo State is the only state in the South West that was chosen to benefit from this and it has to do with its history, size, its importance, and role in the scheme of things in this country and we are pleased with what our officials have been able to accomplish to this stage.”

In his remark, the Executive Secretary of UBEC, Dr Hamid Bobboyi, extended greetings to the governor and the people of the state for providing them with a wonderful space.
He said Ibadan is the centre of educational development not only in the South West but in the entire country.