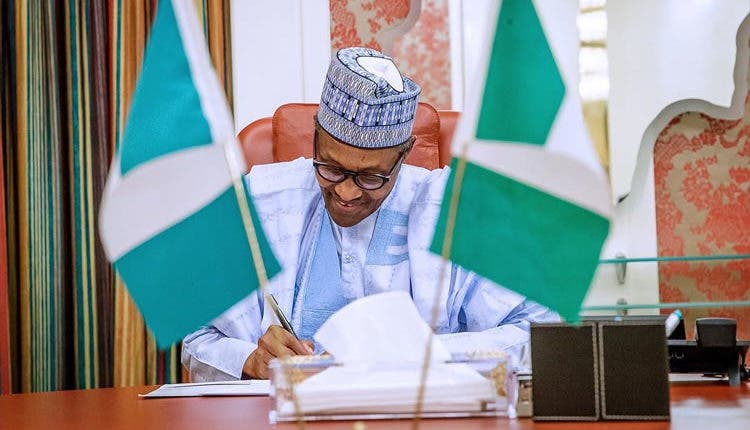 IN his Democracy Day broadcast on Saturday, President Muhammadu Buhari claimed that CBN’s Anchor Borrowers  Programme resulted in a sharp decline in major food import bill from $2.23billion in 2014 to US$0.59billion by the end of  2018.

Some of the imported items are sugar, wheat flour, fish, milk, palm oil, pork,  beef and poultry. However, while CBN stopped issuing foreign exchange for the items, traders continue to smuggle them and so, even though officially, food import bills reduced, the black market has been funding smuggling.


Food insecurity is being engendered by terrorism in the North-East, North-West and North-Central, while free-ranging cattle also destroy farms in the north-central, south-west and south-south. 5% interest rate: On bank’s interest rates, while CBN has pegged deposit rates at a maximum of two percent, at its Monetary Policy Committee (MPC) meeting in  May, CBN pegged its monetary policy rate, which is the rate at which it lends to commercial banks at 11.5 percent.

This means that no bank is likely to lend to customers below this rate. In its weekly publication of interest rates by banks for May 14, 2021, lending rates vary from 12 percent to 30 per cent depending on bank and economic sector.

In his speech, President Buhari did not clarify that only interest rates on “all applicable CBN’s intervention facilities”,  which were reduced from 9 percent to five percent for a period of one year, effective March 1, 2020, as part of COVID- 19 palliative measures.

Ginneries producing at 90 per cent capacity: Also during the broadcast, the President said “the CBN’s N50 billion  Textile Sector Intervention Facility increased capacity utilization of ginneries from 30% to nearly 90%.” A check with the  CBN would seem to contradict the President’s data because, at a Cotton, Textile and Garment (CTG) stakeholder  meeting at Sheraton Hotel, Abuja on June 1, this year, Mr Godwin Emefiele “nine ginneries were brought back to life  and ginned cotton all year round for the first time in 10 years; while industry capacity of the ginneries increased from an  average of 19% to 51 percent.”


Pulling 10.5mln from poverty: While summarising his administration’s efforts at creating jobs and reducing poverty,  Buhari said “my vision of pulling 100 million poor Nigerians out of poverty in 10 years has been put into action and can be seen in the National Social Investment Programme, a first in Africa and one of the largest in the world where over  32.6m beneficiaries are taking part. “We now have a National Social register of poor and vulnerable households,  identified across 708 local government areas, 8,723 wards and 86,610 communities in the 36 States and the FCT. “Our conditional cash transfer program has benefited over 1.6 million poor and vulnerable households comprising more than  8 million individuals. This provides a monthly stipend of  N10,000 per household.”Again, although the government has created these opportunities, the President exaggerated the successes a little bit. National Bureau of Statistics (NBS)  reported that unemployment rose to 9.9% in the third quarter of 2015 from 8.2% in the second quarter but by March  2021, the unemployment rate had risen to 33.3 per cent. In essence, unemployment rose by nearly 400 per cent since 2015.

In its latest poverty and inequality the report, NBS stated that 40 per cent or 82.9 million of Nigerians live below its  poverty line of N137,430 ($381.75) per year. According to the World Poverty Clock, Nigeria overtook India as the  country with the most extreme poor people in the world since 2018.