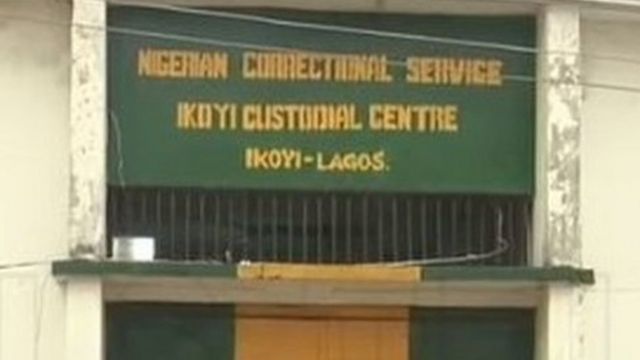 The Lagos State Police command has arraigned one 37-year-old Fatai Adegbesan for allegedly clubbing his mother to death with a plank.

The defendant was brought on a charge of murder before an Ebute Meta Chief Magistrates’ Court in Lagos.

His plea was not taken.

The Chief Magistrate, O.G. Oghre, ordered that the defendant be remanded at the Ikoyi Correctional facility pending legal advice from the State Director of Public Prosecutions.

Earlier, the Prosecutor, Inspector Doney Raphael, had told the court that the defendant committed the offence on May 10 about 11pm at 85, Cele Bus Stop, Oke Eletu, Ijede, Ikorodu.

According to Raphael, the defendant had used a plank to beat the deceased, one Alhaja Risikat Adegbesan, 70, to death.

The alleged offence contravened Section 223 of the Criminal Law of Lagos State, 2015, which carries a death sentence on conviction.