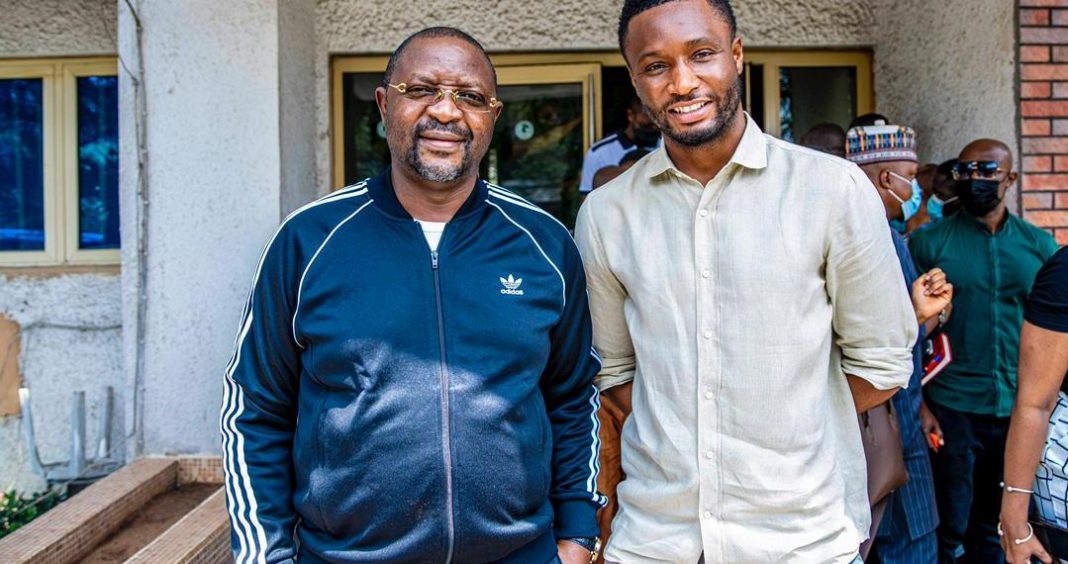 His appointment was announced on Friday at an event at the Nigeria Olympic Committee (NOC) secretariat in Surulere, Lagos.

Speaking at the event, minister of youth and sports development, Sunday Dare, said Obi’s appointment is aimed
to “inspire young Nigerians to strive for excellence”.

He also described the former Chelsea star as a role model whose lasting legacies in football development has continued to have positive impact on youths in the country. “It is it my pleasure to appoint you as Nigeria Youth Ambassador.

It’s a new portfolio and your role as youth ambassador will be made known to Nigerians.

“It’s phenomenon to have somebody like him, he should be able to gather young men around and talk to them.

“Time will not permit me to say much about Mikel’s success as a footballer. He is our legend and a role model who has continued to impact the lives of youth positively.”

Mikel promised to work with the sports ministry to foster youth development in the country.

“I feel highly honoured to be appointed as Youth
Ambassador of this country, it is a great feeling,” Obi said.

“I am happy with this partnership and promise to do my best to encourage and inspire the youths towards national development not just in football but in other sports like Basketball, Boxing among others.”

He was part of the Flying Eagles squad that finished second at the 2005 U-20 World Cup in the Netherlands.

He was the captain of the U-23 Eagles that won bronze at the 2016 Olympic games in Rio, Brazil.