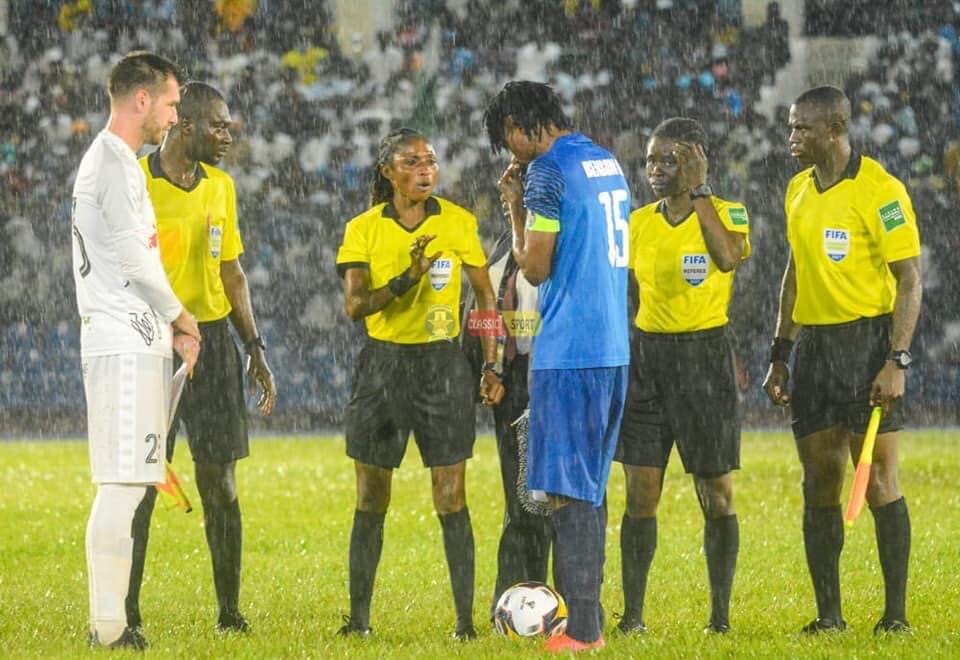 Skipper of Shooting Stars Sports Club (3SC) of Ibadan, Omololu Waheed, has re-assured the government and the people of Oyo State, as well as the teeming supporters and fans of the club across the globe of a successful campaign in the 2021 Nigeria National League (NNL) Super 8 play off holding in Enugu.

The central defender, while speaking after Monday’s draw, said the team has prepared well enough for the contest, with the sole aim of picking the ticket to the elite league after two failed attempts.

“We are fully ready for the challenge ahead of us. We are determined to take Shooting Stars back to the NPFL. We are going for victory in all our games, begining with today’s (Tuesday) match against Insurance.

“Our supporters and fans should let their minds be at rest. This time around, we will not let them down, we will defibitely return home with the promotion ticket”, said the 3SC captain.

Meanwhile, the Oluyole Warriors will kick start their campaign in the contest this afternoon, in the first game of the Southern Conference, which is billed to start at 3pm.

The Edith Agoye tutored lads will go into the game fired up as they seek a positive start to their promotion campaign.

Insurance were 1-0 victors over the Ibadan soccer lords during the 2017/18 season play of held at the Enyimba International Stadium, Aba.

With that at the back of their mind, Shooting Stars, who had a brilliant performance in the regular season, will definitely be spurred to go for the kill against the Benin Arsenal.

“Winning our first gane is important and that is exactly what we are going for. It is not going to be easy but I can assure you that we are fully ready”, Chief coach of the team, Edith Olumide Agoye, declared, ahead of the match.

interestingly, the mood in the camp of the Oluyole Warriros, points to a positive start for the team as the players, who are well motivated, are rearing to go, exuding confidence that they will secure the three maximum points in today’s game.