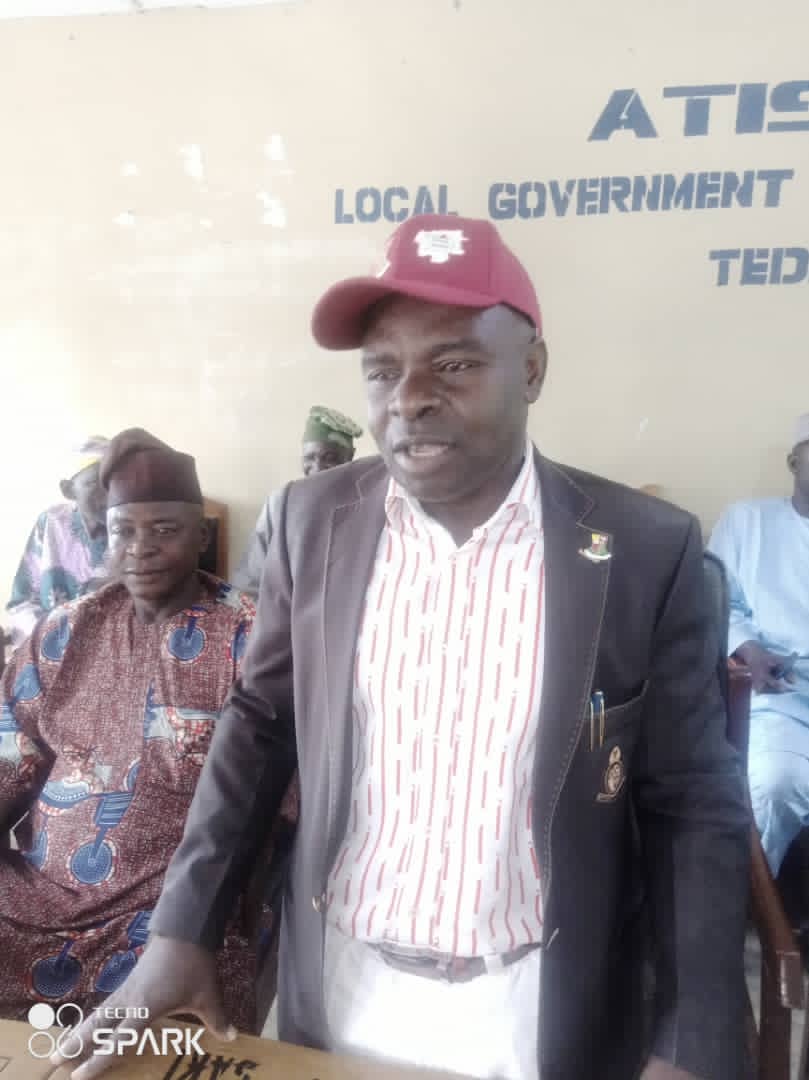 The Executive Chairman of ATISBO Local Government, Hon. Adeagbo Fasasi Ademola has commended the Executive Governor of Oyo State, His Excellency, Engr. Oluseyi Makinde on his efforts to make the State free of crimes and his achievements on infrastructure in the State.

This commendation was made during the distribution of Motorcycles to Local Hunters in the Local Government, he said the Governor has taken the bull by the horn, “the Governor has taken the right step in the right direction by making sure our security network is in tandem with the situation on ground” he said.
Hon. Adeagbo also said the Governor has changed the face of Oyo State in terms of infrastructure to the best in recent time.
While making his speech during the distribution of Motorcycles to Local Hunters, he said it is partinent to support the Local Hunters who have been rendering selfless services to the community in the past.
Adeagbo maintained that the Oyo State Government under the leadership of Engr. Oluseyi Makinde has recognised their importance in the security network of our area as a result the government needs to empower them with transportation.

While presenting the Motorcycles to the local hunters of the Local Government, the Chairman said the Motorcycles will be maintained by the Local Government.
He therefore urged them to work together with love and unity among themselves in order to achieve the desires goal. He also enjoined them to cooperate with conventional security agencies and assured them that there will be no harassment from the said security agencies.

In his own reaction, Mr. Ogunniyi John Ademola who spoke on behalf of other Local Hunters assured the gathering of their readiness to work as a team. And also promised to cooperate with the conventional security agencies.
However, Ogunniyi praised the Governor and the Executive Chairman for the support given to the Hunters, he promised that the Motorcycles will be used judiciously.

The occasion was graced by Leader of the House, Hon. Taiwo Waheed Adekunle, Mr. S. A. Ilori, the Head of Local Government Administration, who was represented by Mrs. Ronke Korede, the Director of Administration and General Services, Heads of Department ans and sectional heads.
Others were the PDP Chairman in the local government, Alhaji Jimoh Adesope, party stalwarts, community leaders and host of other dignitaries.