KorrectNews
Home Security Exclusive: How Yoruba Nation Secessionist has been meeting in Saki for the... 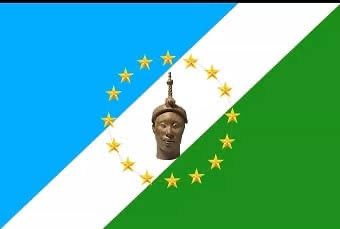 It was his crusade mission to spread the gospel of Yoruba Nation to all the towns and grassroots in Yoruba dominated states in Nigeria.

Saki, a well known peaceful community in Oke-Ogun area of Saki has been harboring this agitator without proper vigilant and no attention has been paid to this movement in the town, the group has grown in size and strength to be using a government primary school as a meeting point.

L.A Primary School,Taba is the meeting point of the secessionist and the meeting of the groups do take place at 4:00pm on every Sunday and ends by 6:30pm.

The group is been converged there with attendance from motorist, artisan and members of proscribed National Union of Road Transport Workers (N.U.R.T.W).

Some of the activities of the group includes plan to recruit more members in Saki community in order to multiply in number and wax stronger, it is also their plan to have members in order to have more population for any demonstration.

The group do urged their members to be luring people to come for the meeting and also make financial contribution for development of the association in Saki.

Korrectnews efforts to confirm the authorizer of the group to hold the meeting in the school proofed abortive as we are still trying to reach the authority of the school as at the time of releasing this report.