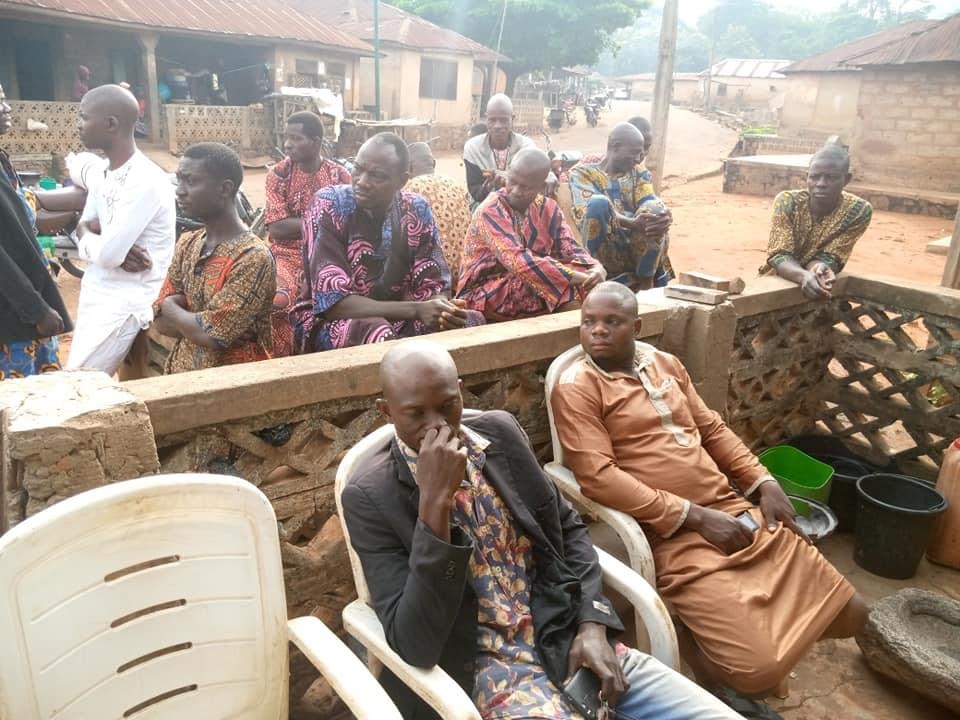 Igbo-Ologun Community in Saki West Local government has called on the government to fix the roads in the community as they are totally in bad condition.

The community made the call during the visitation paid to them by councilor representing ward one of Saki west which the community falls under, Hon. Salaudeen Soliu (Endurance).

Hon. Endurance made it known to korrectnews that part of his legislative objectives is to bring the community he represents to the center and bring their yearnings to the government so their problems can be solved in a mean time.

During the visitation he appreciates the community for trooping out in numbers during the electioneering period and for having so much believe in him to represent them.

He stressed forwards that his mission is to contribute meaningful policy to the government of Engr. Seyi Makinde and Hon. Sarafadeen Omirinde through proposing of developmental bye-laws and supporting a fully democratic government that is free of corrupt practices.

He proceeded to visits all the affected roads in the community and promise to present the community views and demands to the government.

Igboologun is among the mini ward that constitute ward 1.

I thanks the community for their support before the election, during and after the election.

I pledge to always represent the interest of the whole Ward.

In Response to what I discussed with them, The community really thanks me for giving them sense of belonging and urged me to help them to tell the government about the state of the road that link Igboologun and Agbele Community.

The Community also urged the government to come to their aids as most of the roads within the Community is not motorable and they made it known that their community is one of the community that produce foods for the whole saki west as their main work is farming.

The community urged the Local Government chairman to help them make their road motorable and accessible for them to take their farm imputs to the market.”